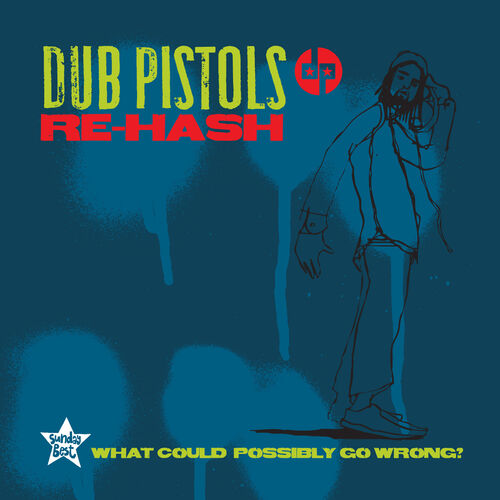 turbo
"downloaden"
The Rehash album sees a number of high-profile remixers tackle classic Dub Pistols tracks from their last three albums. Ex-Leftfield man Paul Daley has re-made the second album’s title track, lilting stone cold classic ‘Six Million Ways To Live’, into a new wave electroid roller. Other remixers on the project include Matthew ‘Bushwacka’ B, one half of the acclaimed Layo & Bushwacka duo, and Wrong Tom, who has just released an album of dubwise reworkings of Roots Manuva’s back catalogue, as well as underground DJ/producer hotshots such as Ben & Lex and Kouncil House.

Like Madonna and the Chemical Brothers, the Dub Pistols have produced some quality and highly commercial poppy dance and breakbeat tracks. Individual albums sounded too samey for my taste, but 'Re-Hash' is a best of remix album and very much what my doctor ordered - Jumpy beats, that are eager to please and succeed as such. The kind of uplifting summer tunes that will make Annie Nightingale feel like 50 again.

In the Kouncilhouse remix, 'Peace of Mind' gains from its roots sound, and is worth comparing to the mighty Ragga Twins. Bushwacka's remix rescues the club house of 'Problem Is' from blandness, pushing it to minimalistic dub heights and proves an absolute floorfiller, hypnotic euphoria par excellence. Big clapping and rattling fun that make you go giddy all the way up. The fat buzz on the originals has remained yet the remixes add a diversity that was not be found on the three albums Dub Pistols have so far released.

The club house dubs in the re-rubs sound extremely neat alongside the vocals on 'Soul Shaking', which has been remixed by Terry Hooligan and Filthy Rehab. A sample of the late and great Gregory Isaacs gives the Wrong Toms Killa remix of 'Six Months' an elegance and an authentic ska backbeat and dub reggae style. In superb contrast, the urban synths in the Ben & Lexmix of 'Soldiers' blow you back to the present day. The Specials's 'Gangsters' steps forward in full blown form on the Shepdog mix upon which Two-Tone ska pop music is hijacked by modern technology yet stays immediately recognisable.

The remix for 'Speakers and Tweeters' is over-ambitious and is the odd one out on this. There is splendid one-dimension club dub with 'Ganja' in a mix from Sangers & Rah. The review copy features exclusive downloads, 'Revitalise' on iTunes and 'She Moves' on Beatport. Even without those, 'Re-Hash' throws an excellent club and dancehall party.