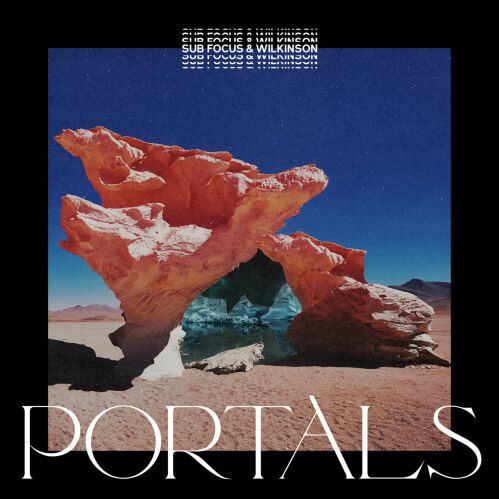 In 2020, drum & bass titans Sub Focus and Wilkinson teamed up for three smash hit singles: club banger "Illuminate," the old-school breakbeat-infused "Just Hold On," and future classic "Air I Breathe," released just last month. Fans were already enamored by those three mega-collaborations, but now they'll be getting even more new music from the all-star duo, as Sub Focus and Wilkinson have just announced their new forthcoming album, Portals.
- The new record will feature all three previously released singles, plus eight other tracks that expand on the sound that fans have come to know each artist for. Featuring live instrumentation from a multitude of talented artists as well as experimentation with different styles and tempos, Portals is set to serve as a showcase of the depth and sonic breadth of Sub Focus and Wilkinson's talents.
- The Sub Focus and Wilkinson sound has already captured the hearts and ears of not only drum & bass fans worldwide, but fans of dance music at large. There is certainly much more in store, and anticipation for Portals will undoubtedly boil over until the release date.